Thank You, Ariana Grande: The Necessity of Writing About Hometowns 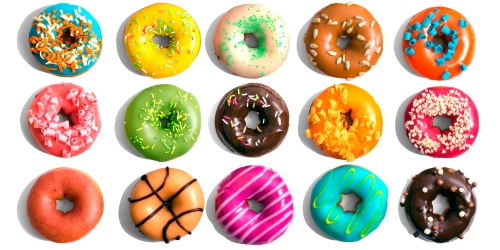 Up in the hills facing Lake Elsinore, dramatic mansions look outward onto Lakeshore Drive. The homes are relics of the early 1900s, when the city was a hidden hotspot for celebrities trying to get away from the Hollywood scene. Before July 4th, whenever I drove down Lakeshore, I would stare up at the domed rooftops of immaculate quasi-castles and wonder why celebrities would want to come here, escaping to this smudge of a city that people only really knew by its position along one of the routes to wine country and San Diego.

Then, of course, Ariana Grande licked some donuts in my hometown, and now nothing is the same.

One of the big revelations of my undergraduate career was that it is perfectly acceptable to write about home. Initially, something about that act felt cheap and, somehow, inauthentic; so many of the books we studied and talked about were set in huge, amorphous cities with names that end up on t-shirts (New York, London, Paris). These larger cities dominate the bestseller lists. They’re the places that get demolished in superhero movies as the villain battles our protagonist across the screen. I think major cities have always functioned as imaginative settings because they are inherently immersive; we see a character surrounded by that grid of buildings and we are easily transported out of less cinematic cities — like my hometown, Lake Elsinore, where the our version of a skyscraper is the Holiday Inn off Diamond Drive.

Lake Elsinore’s uniqueness is in its quirks that seem to characterize the forgotten cities within the Inland Empire, the surprisingly large area of Southern California bordering Los Angeles County; consider, for instance, the cemetery that entombs most of Elsinore Valley. It is located immediately next to an IHOP, which I never thought was weird until I travelled through areas of Los Angeles and found large expanses of isolated graveyard spread along hillsides like theme parks of sadness.

Or, alternately, consider the landmark importance of Wolfee, the donut shop at which Ariana Grande tongued some countertop pastries. One, it is an independent shop, which is difficult to pull off in franchise-ridden areas like Lake Elsinore; and two, it is open 24 hours a day, which is, in and of itself, a rarity in this city beyond gas stations and the Del Taco drive-thru on Central Ave. These qualities completely explained why many residents of Lake Elsinore (Elsinoreans? Lake Elsinords? Demonyms are lost here) were quick to defend the shop, despite its quick descent to a B health rating for keeping its donuts within licking distance; Wolfee should not be defined by its mistakes, for it is a part of the Lake Elsinore landscape, and therefore we shall defend it with glazed fingers.

And really, this is why borrowing from hometowns matter — they come with an inherent set of experiences, people, and places that serve as sample sizes of an entire nation’s complexities. When Storm Stadium, home of Lake Elsinore’s minor league baseball team, partnered with Wolfee, they posted a 26-second video to Facebook to promote July 15th’s game as anti-Ariana Grande night. Storm’s general manager, the owner of Wolfee, and the baseball team’s mascot (a gigantic, neon-green dog named Thunder, naturally) called for Grande to come to the game and “publically apologize for all of the Americans, Joe from Wolfee, and the lovely Lake Elsinore community.” The resulting comments from area-dwellers were as diverse as Lake Elsinore itself, and it felt fitting that such a weird event would generate so much conversation about and around and among the city’s people. After all — just like any number of the pockets of thriving humanity living off innocuous freeway exits — my hometown is weird, and that is wonderful in every sense of the word.

There will always be room in fiction for big cities, especially for the authors that are shaped by those places. I can literally track the movements of the characters in Jonathan Lethem’s Fortress of Solitude as they walk through Brooklyn, which makes the story feel even more authentic — not necessarily because it’s true to Google maps, but because it is true to the unique landscape as Lethem understood it — and through my reading, I can get a sense of the author’s personal landscape. And, after all, that’s the beauty of fiction: it lets us share glimpses into our lives so that others may live in our shoes, too.

There are dialogues currently forming about the shifting representation of characters in the media; we are experiencing the entrance of marginalized individuals into the mainstream, which is both historically significant and personally exciting. But Ariana Grande’s Donutgate incident reminded me of the importance of marginalized places, too — those corners of existence that can capture a microcosm of America in something as simple as a series of Facebook comments. I know many of the people responding to Donutgate, of course. I went to school with them, worked with them, and even visited Wolfee with them. But what struck me most about these comments was neither the mixed responses nor the fact that people were aware of the businesses’ obvious publicity grabs — really, it was the fact that we were talking about this at all, pushing forth a series of conflicting opinions that were rooted in as much absurdity as the action that had caused everything in the first place. We were speaking from the deeper, more complex layers of the people that live in this not-so-small city; we were a sample size of America, brought together because our little-big city hit the national scale.

I think, at the end of the day, that writing about hometowns — writing about the places that have shaped us — is a necessary exercise because it informs writers that their hometown humanity can weird, troubling, beautiful, and complex: everything we could hope to capture in the written word. Through an honest portrayal of home, readers from outside our spheres of experience can start to understand the way others live, too. I believe in Lake Elsinore’s ability to showcase the diversified livelihood of striated, middle-class life, and I believe in its ability to represent something larger than myself.

I won’t write about Lake Elsinore forever, of course — oftentimes, I just borrow from it, catching glimmers of my hometown show up in the ways I write about mountainsides. But what matters is this: for writers who come from the places that barely have a Wikipedia entry, we should recognize that our homes — our small cities — can have just as much appeal and character as the larger ones.

Big-city celebrities once fled to the forgotten hills of distant pockets of civilization off the 15 Freeway. When I drive down Lakeshore today, I can start to understand why — everything is a little different in Lake Elsinore, my home.

Filed under Write On